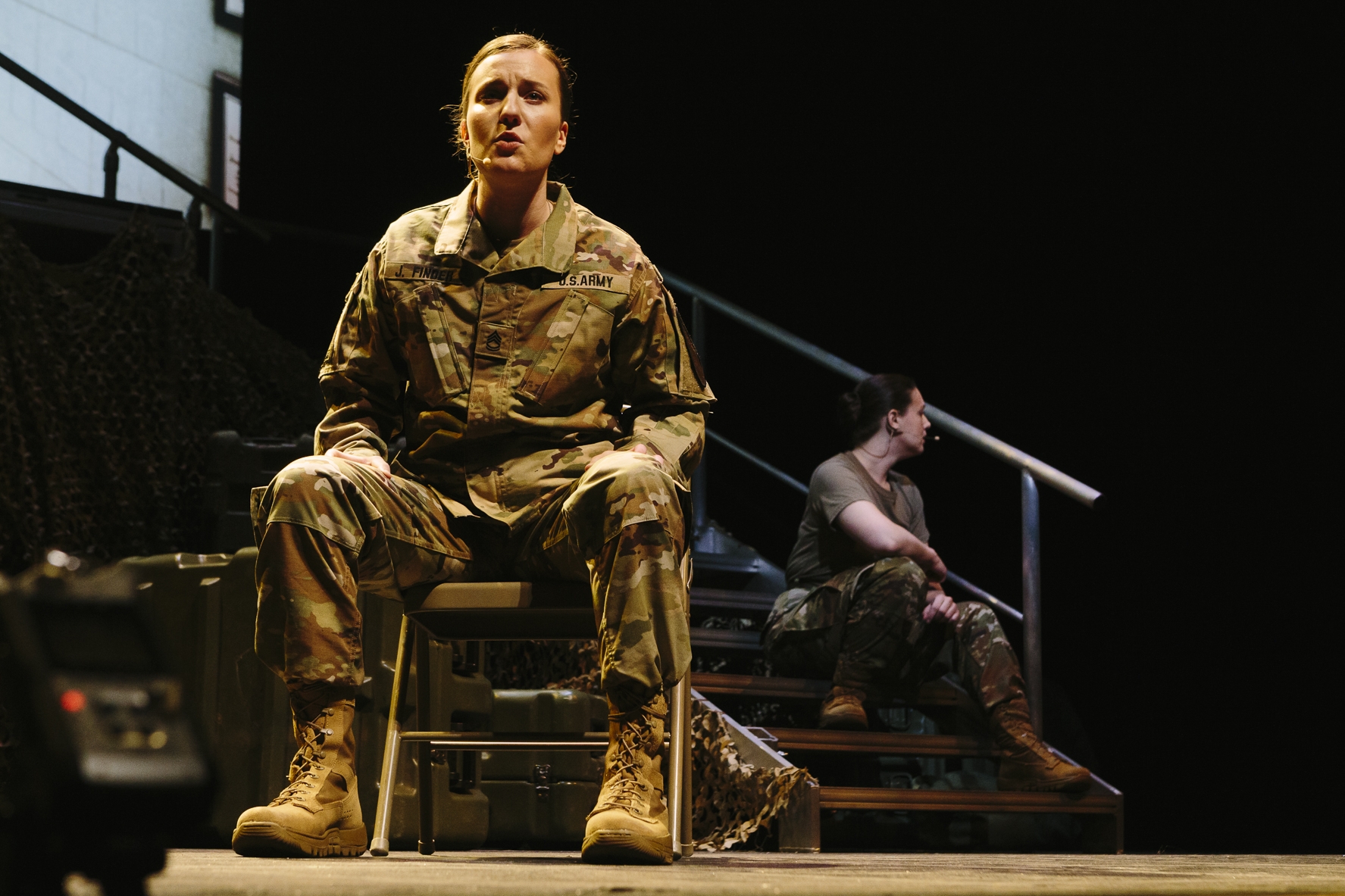 The Falling and the Rising

The Falling and the Rising is an operatic story of service and sacrifice, which traces the inner journey of a soldier who enters a coma after she suffers a roadside attack. As the soldier moves through her unconscious dreamscape, the audience will serve as both companion and witness, sharing powerful encounters with fellow service members along the way.

This opera centers around a strong female hero known only as “Soldier.” After sending a video message home on the eve of her daughter’s thirteenth birthday, Soldier is severely wounded by a roadside bomb. As she experiences a medically-induced coma, she sees visions of other soldiers’ stories, each on their journey toward healing and home.

Based on real-life interviews with wounded soldiers at Walter Reed Hospital, this Soldier’s odyssey was created to honor the indomitable spirit of our U.S. Military veterans. By shedding light on the inspirational power of their stories, Arizona Opera hopes to knit the civilian and veteran/military populations together through this story of family, service, sacrifice, and hope.

Performed in English with English supertitles.

Part of the McDougall Arizona Opera RED Series. Production made possible, in part, through generous support from Michael and Beth Kasser and The Richard C Stahl Charitable Trust.

Ariadne—played by the prima donna—mourns the loss of her lover Theseus on the island of Naxos believing that death will be her only comfort. Zerbinetta and her troupe of players observe from the wings and attempt to invade the performance to lift Ariadne’s spirits and then claim the stage for their own performance. With each attempt, Ariadne becomes further entranced by her wish for death, singing that Hermes will take her to the Realm of Death where she will be free from the burdens and sorrows of this world. Finally taking command of the action, Zerbinetta and her troupe of players tell her that the only way to get over love lost is to simply find a new love. Despite Zerbinetta’s great coloratura flair, Ariadne is offended by the advice and leaves the stage to the triumphant Commedia players.