Judy Rollings has been working with the Herberger Theater Center since its early days. Currently the Director of Art Education and Outreach, Judy directs Lunch Time Theater and the Arizona Young Artists’ Competition. If you have ever attended a Lunch Time Theater show, you know Judy’s famous curtain speech, which she executes precisely and consistently […]

Frances Cohen left the arts community with many things, but her scholarship competition may be the greatest.

Frances Smith Cohen is known around the Arizona arts community and the world for her exceptional talents in bringing the arts, particularly dance, to the communities she served. We had the privilege to capture an interview with Fran about the competition a few months before her passing. In the conversation, Fran told us how the […] 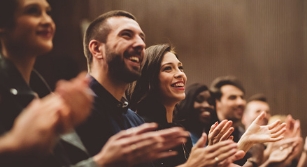